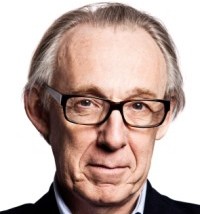 Trained at Guildford School of Acting and in Shakespeare at LAMDA.

Theatre includes Macbeth in Macbeth It and Dukes Senior and Fredrick in As You Like It (Georgian Theatre Royal, Richmond), Mr Hardcastle She Stoops to Conquer (Hampden Court), St Luke the Narrator in The Life of Christ (Wintershall), Lord Mountbatten and Sir Thomas Roe in 1947 Live (Delhi - India), Sir Claude Mulhammer in The Confidential Clerk (The Finborough), Mr Fezziwig and the voice of Marley's Ghost in A Christmas Carol (The King's Head Theatre), member of the Peter Hall Company productions of The Browning Version and Swan Song (Bath Theatre Royal).

Film and television includes parts in The Fugitives, Star and Broadside for American PBS. Martin has appeared as Nicely Nicely Johnson in Guys and Dolls, Theseus in A Midsummer Nights Dream, Buffalo Bill in Annie Get Your Gun, Mr Andrews in Titanic and Captain Hook in Peter Pan.

He has devised and presented several entertainments including Love & Marriage, Babur's Diamond, Some White Wallah, An Anthem for Doomed Youth, Suddenly in Babylon, The Passing of the Year, The Seven Ages of Man, Trafalgar, Hope Springs Eternal, and most recently Nets to Catch the Wind.

Martin is also the voice behind many corporate videos and documentaries.