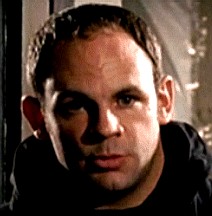 Dylan graduated from the Guildhall School of Music and Drama in 2001 immediately joining the National Theatre in John Osborne's Luther (dir. Peter Gill). He then joined the RSC as The Clown in The Winters Tale set in the Southern States of America (dir. Matthew Warchus), Adrian in The Tempest (dir. Michael Boyd) The Pardoner in Chaucer's Canterbury Tales (dir. Greg Doran), and Fisherman in Pericles (dir. Adrian Noble).

Radio credits include 'Vianello' in Donna Leon's The Anonymous Venetian for Radio 4, directed by Jane Morgan.

Dylan's native dialect is London, although he has strong Welsh roots, spending much of his childhood in his father's home town of Llanelli.